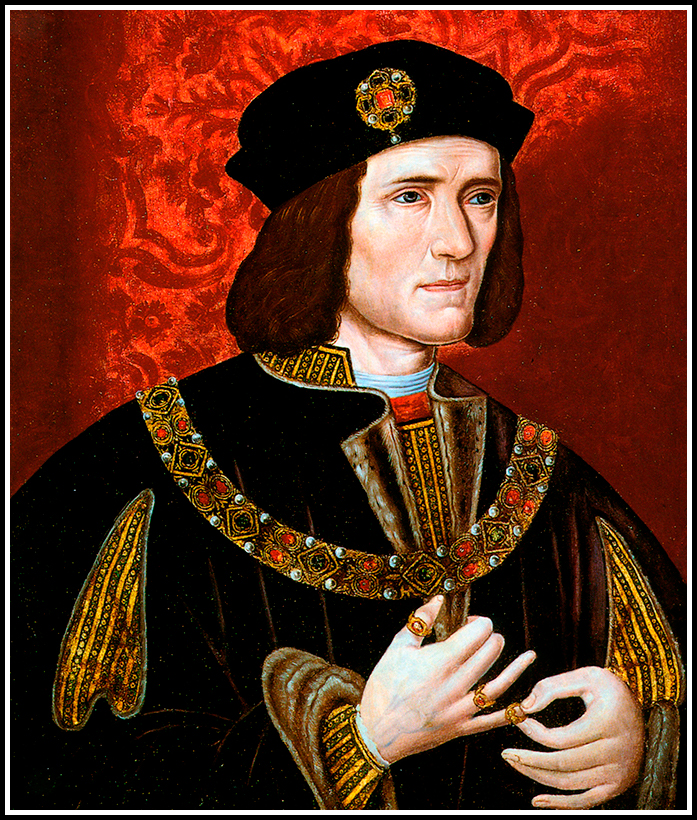 Modern historians are increasingly inclined to believe that Richard III was a brave and valiant soldier, a loyal brother, and an intelligent, able king popular with his subjects and defeated only through treachery. The real Richard III seems to be the victim of a deliberate campaign of slander devised by his Tudor successors who snatched his throne.

However, some earlier historians also doubted the truth of Shakespeare’s portrayal of Richard III as a murderous villain and a hunchback. For example, V.B. Lamb wrote in 1959: “Scrape away the accumulated filth of tainted evidence which has disfigured the memory of Richard III for the past 500 years, and there is really very little that remains mysterious about the outlines of his story. In fact, it can be summed up in one sentence: he accepted his dead brother’s throne when it was offered to him at a moment of desperate crisis, and no record survives of the ultimate fate of his nephews.”

At the end of False Rumours you will find my Author’s Note which explains why I think the princes in the Tower were not killed on orders from their uncle and why they escaped to Lisbon via Luxembourg and Condom, disguised as pilgrims. This theory is a lot more plausible than the one that the princes’ bones were found in 1674 at the bottom of a staircase in the Tower of London.

I think the reason for this very sharp difference of opinion is that novelists concentrate on character and have concluded that it was not in the character, nor in the interest, of Richard III to have his nephews murdered. However, it was very much in the interest of Henry VII, and later of Henry VIII, to have all Yorkist descendants murdered. Very many of them were killed by order of those two kings.

All historians have to examine archives painstakingly and analyse the relevant documents. Most of the archives relating to Richard III were destroyed, probably not accidentally. One of the few remaining documents about the way in which he became king is The History of King Richard the Third, a bilingual, unfinished description of the event drafted between 1515 and 1527 by the famous and highly respected Sir Thomas More and published in 1543, eight years after his death. Several historians quote extensively from this document and treat it as fact. Shakespeare used it too.

However, More’s ‘history’ seems to be a satire. There is a statement in it that Richard III had a withered arm. But he cannot have had such a disability because he fought successfully in battles from an early age and died fighting. Moreover, examination of his skeleton in Leicester in autumn 2012 by Dr Piers Mitchell and Dr Jo Appleby showed that his arm had not been withered.

Another peculiarity mentioned by More was that Richard III said to Bishop Morton on 13 June 1483 (the day he arrested Lord Hastings) “My Lord, you have very good strawberries at your garden in Holborn, I require you to let us have a mess of them.” This apparently innocuous remark is frequently quoted as an important fact. However, garden strawberries were not grown in England until the end of the eighteenth century and the wild strawberries which medieval people used as herbs and cosmetics had to be picked in woods. In the sixteenth century, when Sir Thomas More was writing his satire, strawberries were considered symbols of hypocrisy and deceit.

The Luxembourg connection of the Princes in the Tower is as follows: their mother’s mother was Jacquetta of Luxembourg, young widow of the Duke of Bedford. Soon after his death in 1435 she secretly married his squire, Richard Woodville, and had fourteen children. She would have brought servants from Luxembourg with her to England and they in turn would have worked for her eldest daughter Elizabeth Woodville who became Queen and was the mother of the two princes. Possibly, they all used the Luxembourgish language in private.

It is not clear whether or not Perkin Warbeck was the younger prince or whether he was an impostor. However, it is known that he was looked after in Lisbon by Duarte Brandão alias Sir Edward Brampton. It is therefore possible that the princes could have travelled from Luxembourg to Lisbon along the route which goes through Condom. Their escape from more attempts to murder them is told in the next book about Belina and Guillaume Lansac.

In the belief that many historians of the traditional accounts of the character and career of Richard III are neither supported by sufficient evidence nor reasonably tenable, the Richard III Society aims to promote, in every possible way, research into the life and times of Richard III, and to secure a reassessment of the material relating to this period, and of the role of this monarch in history.

The society is perhaps best summed up by its Patron, the present Richard, Duke of Gloucester: “. . . the purpose – and indeed the strength – of the Richard III Society derives from the belief that the truth is more powerful than lies; a faith that even after all these centuries the truth is important. It is proof of our sense of civilised values that something as esoteric and as fragile as reputation is worth campaigning for.”

The Society has several thousand members worldwide. It operates on many levels and is open to laymen and historians alike. All that is needed is an interest in the life and times of Richard III. Its website is at www.richardiii.net

The Missing Princes Project aims to undertake new research into the enduring mystery of the disappearance of the sons of Edward IV, more commonly referred to as the ‘Princes in the Tower’. It is currently believed that Edward V (13) and Richard, Duke of York (9) disappeared sometime during 1483-4. The research focus therefore aims to encompass any new historical material that may relate to the late fifteenth and early sixteenth centuries, with particular reference to the reign of King Richard III (1483-5).

Philippa Langley is a screenwriter who wanted to write a screenplay about Richard III. While researching his life and death she had a feeling that she had found the site of his grave – under the Social Services car park in Leicester.

In 2005 Philippa contacted Dr John Ashdown-Hill, historian and genealogist, who had already discovered the mtDNA of Richard III’s sister, Margaret of Burgundy, and her descendant Joy Ibsen and which he later published in his book The Last Days of Richard III (2009).

In 2008, writer Annette Carson asserted in her book Richard III, The Maligned King that the king’s grave was probably under the Social Sciences car park in Leicester, the same resting place asserted by Langley, her research indicating the northern end of the car park. The following year, Langley formed the Looking for Richard Project. Founder members included historian Dr David Johnson and his wife, Wendy. The project was joined shortly afterwards by Ashdown-Hill, and in 2011 by Carson. With help from Leicester City Council and, after an international appeal to the membership of the Richard III Society worldwide, University of Leicester Archaeological Services was commissioned by Langley to excavate the car park. Thereafter, Channel 4 and Darlow Smithson Productions began filming the dig for Richard’s grave on 25 August 2012, the anniversary of the king’s hasty burial in 1485 in Greyfriars Church.

King Richard’s remains were discovered on the first day of the search, in what was originally the choir of the church, a suitable burial place. The discovery was in the northern end of the Social Services car park. Osteologist, Dr Jo Appleby confirmed that the skeleton showed no sign of disability, no hunchback, no withered arm. Instead it had scoliosis, a laterally curved spine which is a condition, not a disability, and which does not rule out an active lifestyle, fighting battles while wearing armour. This had been proved by Dominic Smee who has a similar scoliosis and for whom armour has recently been made in order to test what his mobility as a medieval fighter would have been.

King Richard III was reburied on 26 March 2015 in Leicester Cathedral, with dignity and honour during a service presided over by the Archbishop of Canterbury and the Bishop of Leicester. The Royal Family was represented by HRH The Countess of Wessex and TRH The Duke and Duchess of Gloucester.