Why Belina Lansac was selling medallions of St James in Condom 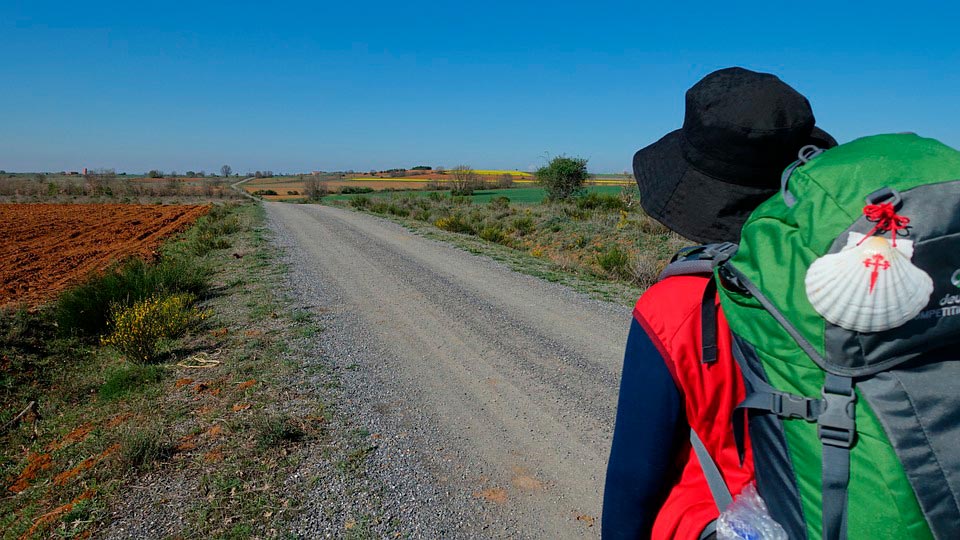 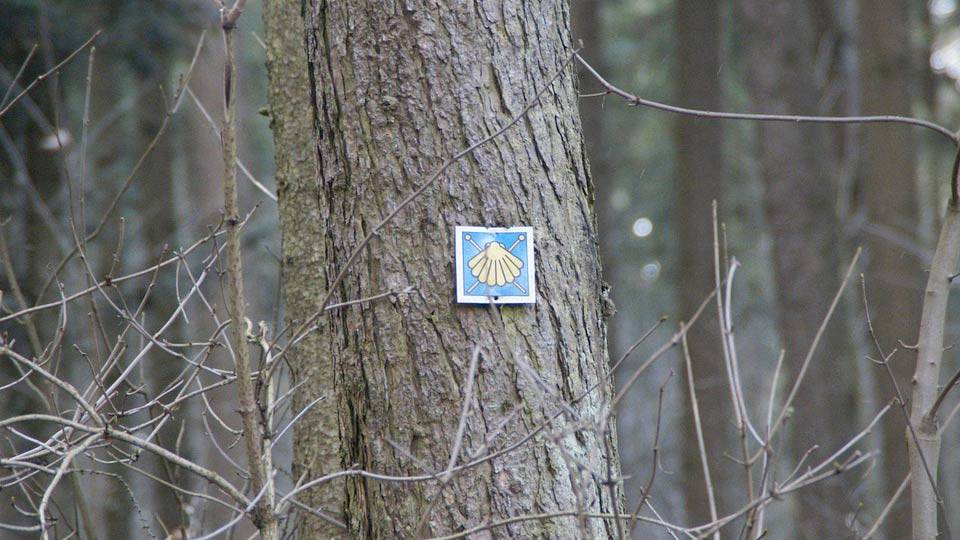 More information on how to be a pilgrim

The Apostle St James was beheaded in Jerusalem in AD 44. In the 9th century his tomb was ‘discovered’ in Galicia, a part of north-west Spain which the Moors had not managed to conquer. But it was not until the 12th century that Compostela pilgrimages became widely known, as alternatives to going to Jerusalem or Rome.

Why did they ‘discover’ St James’s bones in Santiago ?

It is an historical fact that St James was beheaded in AD 44 in Jerusalem. Another historical fact is that the Moors invaded Spain in 711 and quickly conquered most of Iberia. The city of Toledo in the middle of Spain continued to be the centre of Christianity in Iberia and to have an archbishop. There were also many Jews and many Muslims there and it became the centre of learning and translation from Greek and Arabic. The European knowledge of medicine and mathematics came from Toledo.

It is thought that the co-existence in Toledo of the three religions of the ‘Book’ somehow affected Christian belief in the Trinity and that this bothered especially Sismando, the bishop of Iria Flavia in north-western Spain which the Moors had not conquered. He and the King of Asturias Alfonso III felt that they needed to find the bones of an apostle in order to carry on the Christian tradition and it is said that in about the year 800 they claimed that a shepherd in a field of stars (Campo de Estrellas) had found the tomb of St James.

A more plausible explanation for the name Compostela is that Sismando’s staff searched a local cemetery for a suitable marble tomb. The Latin word for cemetery is compostum.

It is certainly possible that they found such a marble tomb inside which was the skeleton of someone who had been beheaded. This would have been the saintly and erudite Prisciliano, Bishop of Avila, who with six of his disciples was beheaded in Trier in about the year 385. Their bodies were repatriated to Galicia by boat down the Moselle and the Rhine and then by ship to the coast of Galicia.

In the 16th century, some pilgrims from Liège insisted on seeing the bones of St James but were told that they had been removed from Santiago Cathedral and secretly hidden so that the English pirate, Sir Francis Drake, would not destroy them. But Drake did not look for them, and it turned out that the story was just an excuse for the absence of St James’s bones.

So if there really are no bones why do so many people go on pilgrimage to Santiago? Go there yourself, by any means of transport, not necessarily on foot, and you will probably feel that his soul is there, watching over you, helping you. And the cathedral and its music are well worth the experience, even if it has taken you three months to walk all the way to get there from Le Puy, through Condom and over the Pyrenees. 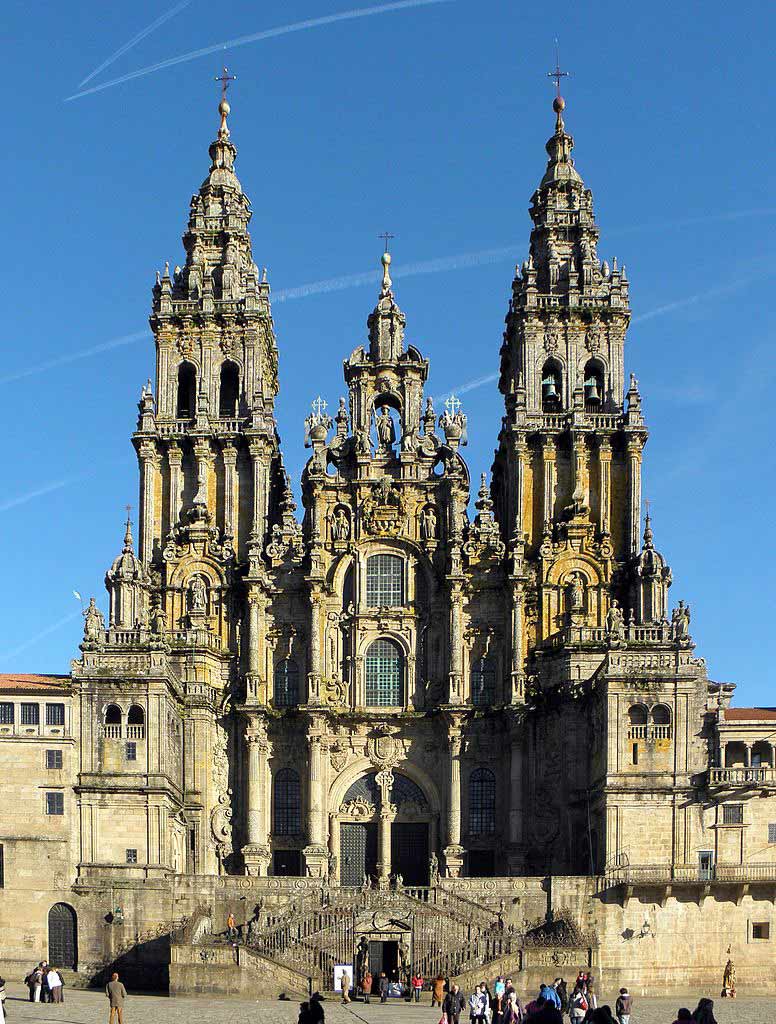 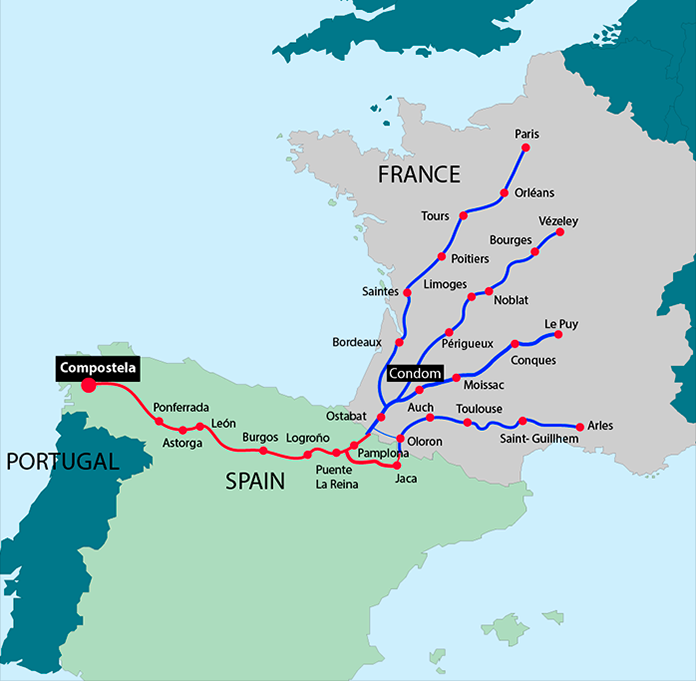 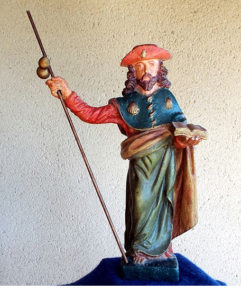 The Pilgrims’ Guide was written in the 12th century, and annexed to the Codex Calixtinus. It was kept in Santiago Cathedral, unknown until 1882 when it was published by Father Fidel Fita following the ‘rediscovery’ of St James’s bones in 1879. This led to the (false) idea that there were four historic routes to Santiago, and maps were produced showing these routes;

Condom is on the pilgrimage route from Le Puy and is about 1000 km from Santiago. It is the preferred route now because it goes through fewer large towns than the other three routes. Each year 20,000 people walk, cycle or ride a horse through Condom on their way to Santiago. Walking is well-known to be therapeutic, good for your health but good for your morale too. It enables you to discard all sorts of worries and preoccupations and concentrate on trudging onwards to a goal of contentment and ease with oneself.

When they reached Santiago pilgrims went into the cathedral to give thanks for their safe journey and to keep watch around the altar of St James. There they would hold burning tapers in their hands and sing, some of them lamenting their sins, others reciting psalms. The 12th century Pilgrims’ Guide contained much of the music which was sung in the cathedral at that time. It also listed the musical instruments which the pilgrims used: citharas, lyres, timpanis, pipes, trumpets, harps, viols, psalteries.

King Alfonso X The Wise (1221-1284) wrote pilgrimage songs (cantigas) which are still sung by pilgrims on their way to Santiago. So are the songs by Ramon Llull (1232-1316) who composed vocal and instrumental music inspired by his own pilgrimages to Jerusalem and to Africa. And the pilgrims from Einsiedeln in A Mystery of Blood and Dust sang hymns inspired by St Bernard of Clairvaux (1091-1153). 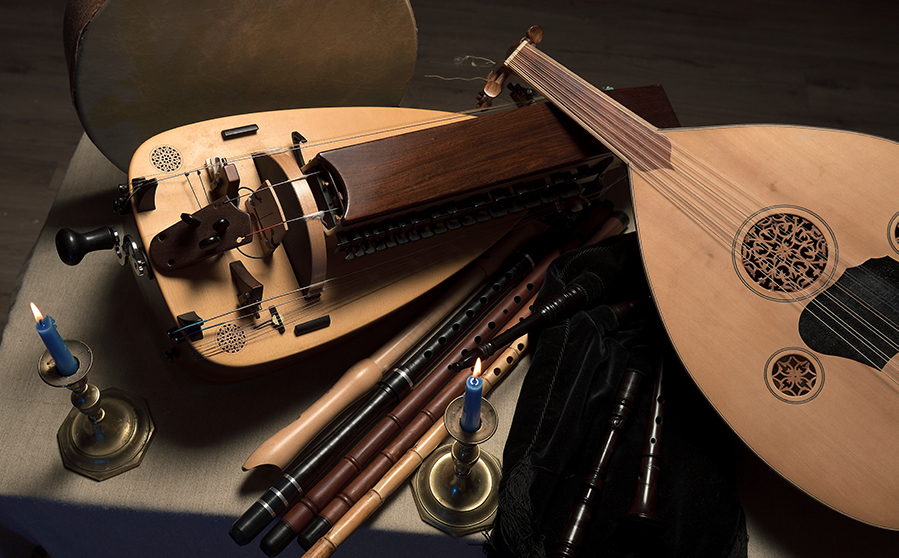