The first Gascons came from Iberia. The Romans found it difficult to conquer them, but the English did not have to because in 1152 Eleanor of Aquitaine divorced King Louis VII and two months later married Henry Plantagenet, bringing with her the vast, prosperous lands of Gascony. They became the first English colony and remained an English possession until 1453 when the English army was defeated in the Battle of Castillon near Bordeaux, and the 100 Years War ended. 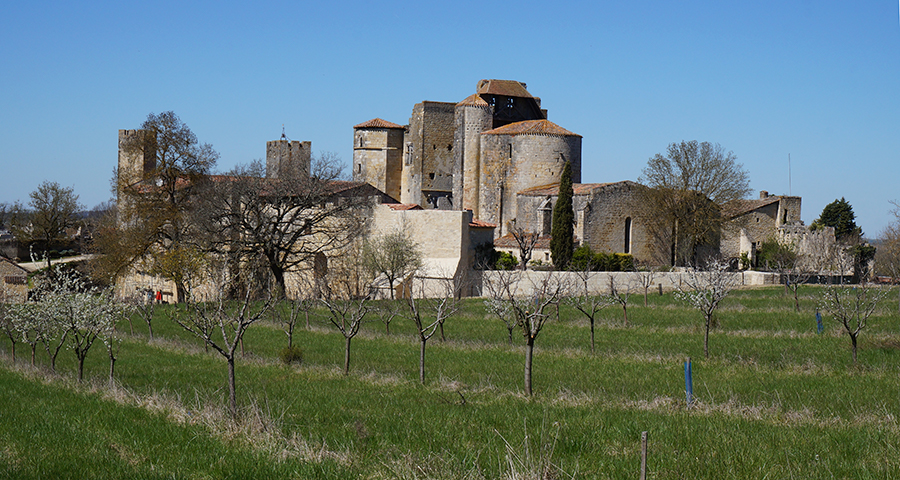 All that fighting required fortresses, which are now called Gascon chateaux, and towns and villages were surrounded by walls. However, these walls were not really needed because invading troops would bribe the town guard and walk in. Condom changed hands seven times that way.

Modern Gascony is still different from the rest of France. Gascons are not at all submissive. Instead they are lively, loquacious – and unpunctual. Belina Lansac would fit in well. But so would William her husband. This is because the English returned to Gascony in the 20th century, bought up and repaired ruined farmhouses, and enjoyed drinking the local floc, wine and armagnac.

The name Condom comes from Latin: condate (confluence) and dum (hill). The map of Condom in 1483 shows the two rivers, the Baïse and the Gèle. Click to see map

The Benedictine abbey was founded in the early 11th century and became a cathedral in 1317 when the abbot managed to become a bishop. The cathedral was damaged in the 100 Years War which was why Belina Lansac avoided the west entrance beneath the wobbly tower. The cathedral you see now was built in 1531.

Modern Condom looks very different from its medieval predecessor. The beautiful stone buildings date from the 18th century. Most of the medieval walls and towers have crumbled and the open land where Belina walked between the two rivers has become known as the Promenades, a car park in the shade of plane and chestnut trees. The Sainte Eulalie chapel did not survive the Religious Wars in the 16th century but in 1723 a seminary was built on its site. This lasted until 1790 when it was nationalised and became a women’s prison. However, an Ursuline nun bought the building in 1808 and turned it into a girls school. This is now the Lycée Bossuet and the site of the Sainte Eulalie chapel is the school staff room.

The Rue Royale which features so much in A Mystery of Blood and Dust is now called Rue Gambetta. The medieval mansions which Belina visited for her investigation have been replaced by equally beautiful buildings, many of them dating from the 18th century. 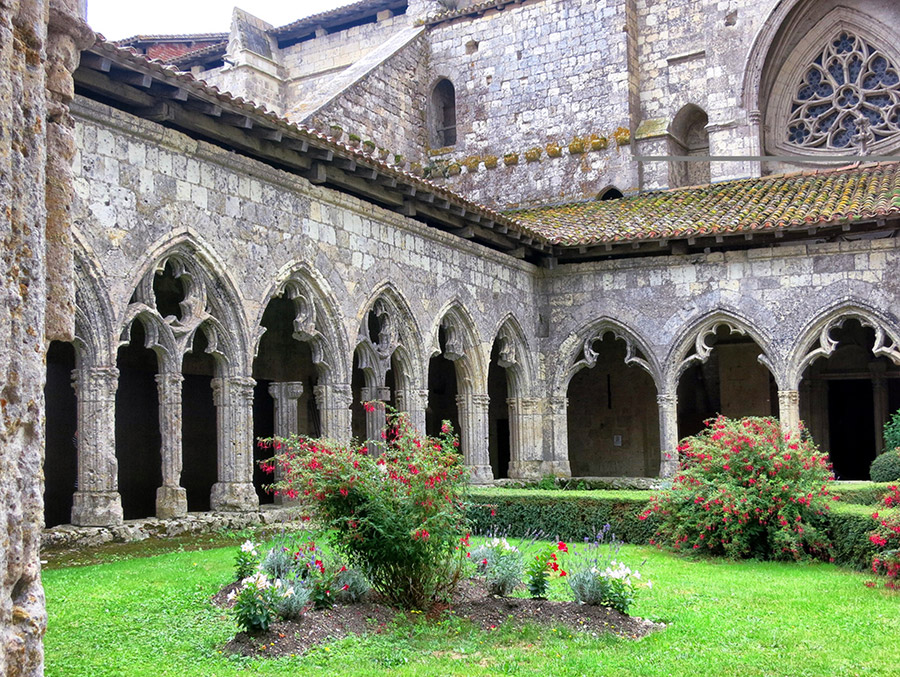 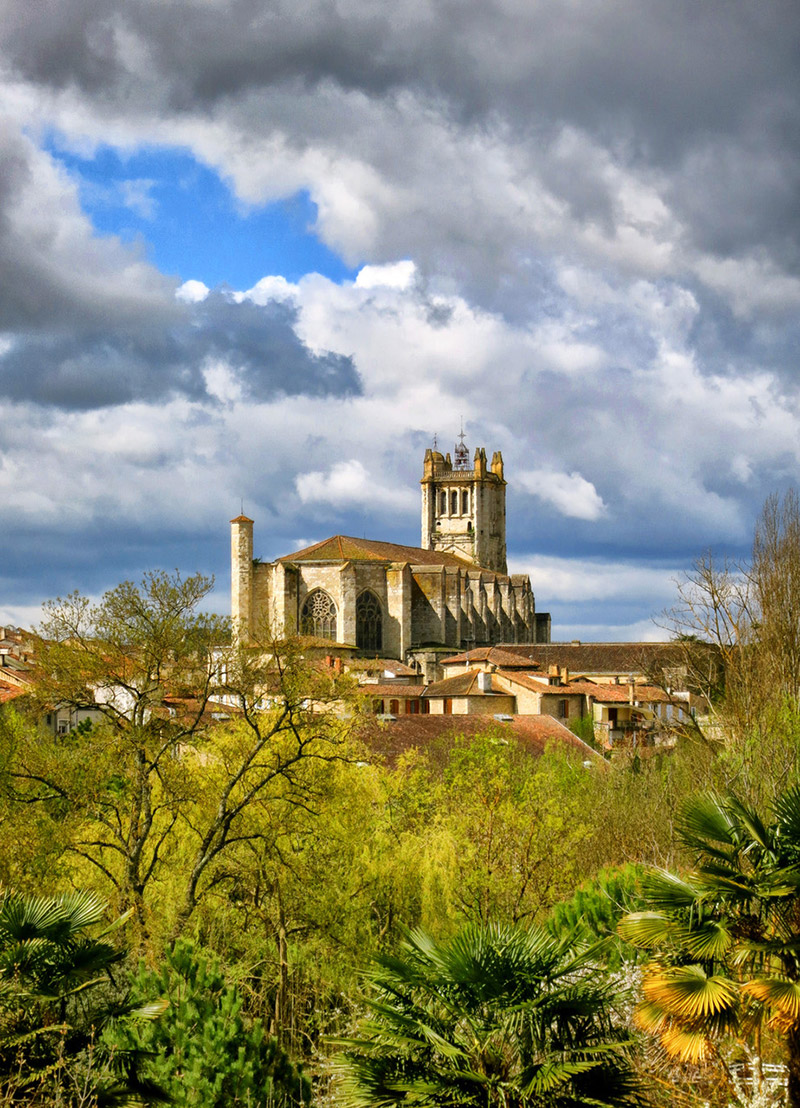 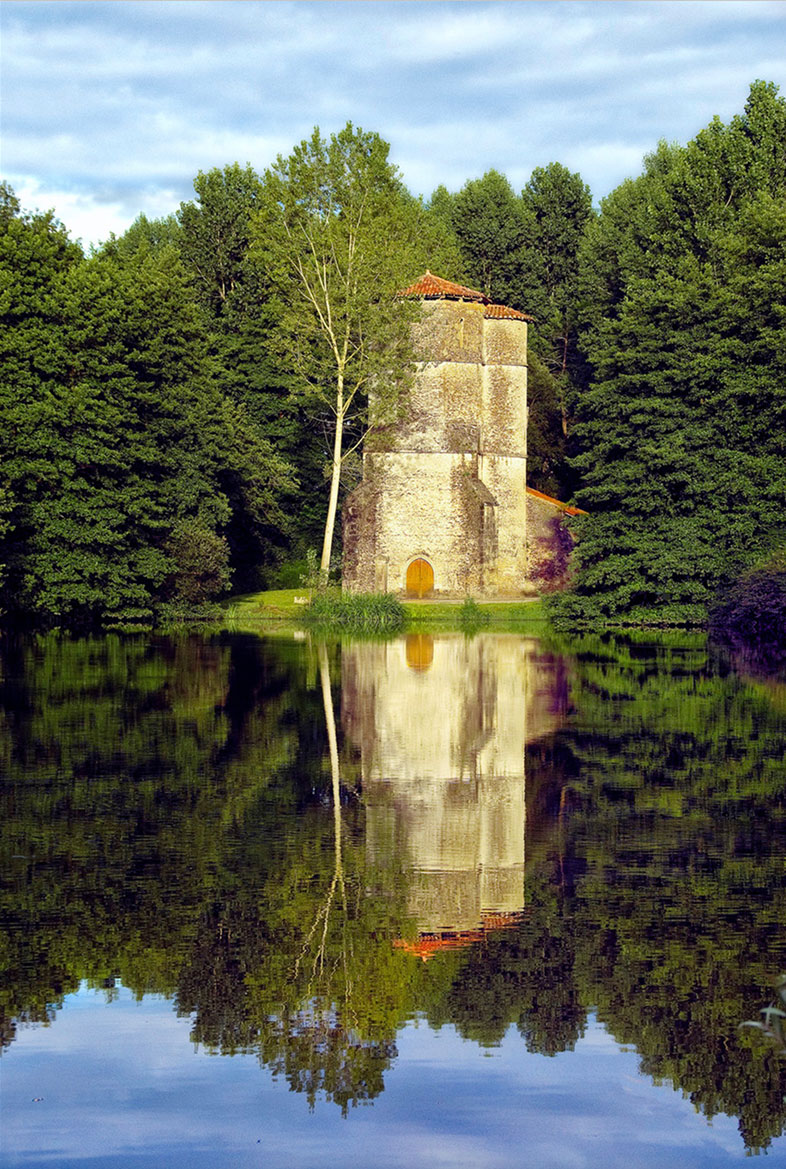 The Gascon countryside is really beautiful in all seasons. Click to see Sue Aran’s photos and read her blog 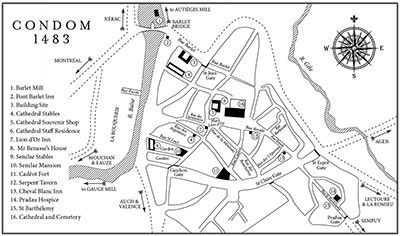 Click on map to view Condom in False Rumours 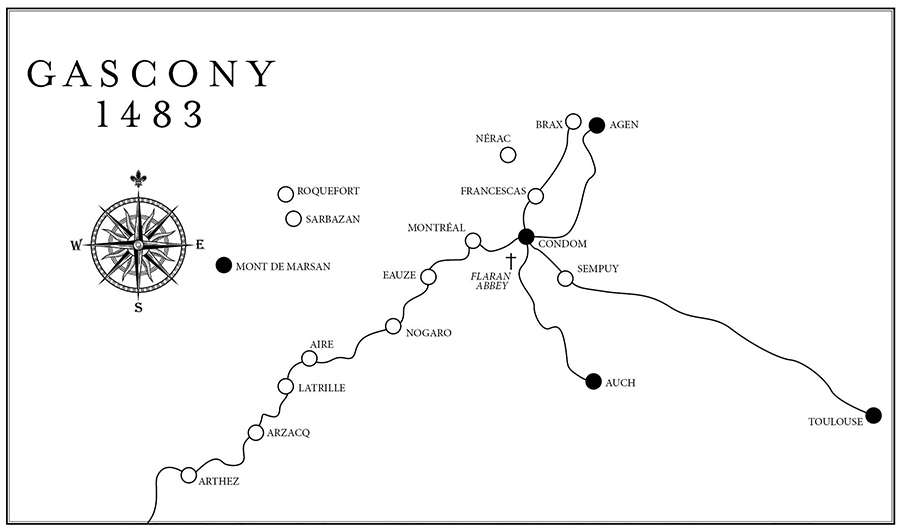