Why is a consul’s daughter lying dead in the Sainte Eulalie chapel when she should be in a mansion attending her betrothal banquet?

Bishop’s enquirer Guillaume Lansac is tasked with solving the mystery - until he is called away by a danger that threatens English King Richard III’s nephews who are travelling to safety in Portugal. He must ride fast to Navarre to save them, leaving his wife Belina to solve the murder alone. But she is more worried about the dangers facing her family. One of her brothers has returned wounded from the war in Granada, bringing a Moorish girl with him, while the other risks being turned out of his mill and robbed of his livelihood and family home. Belina finds herself surrounded on all side by enemies who seem determined to destroy her.

How can she survive in Guillaume’s absence, let alone solve the crime?

The novel has been translated into French by David Manson and published as Sang et Poussière. Click to read description in French 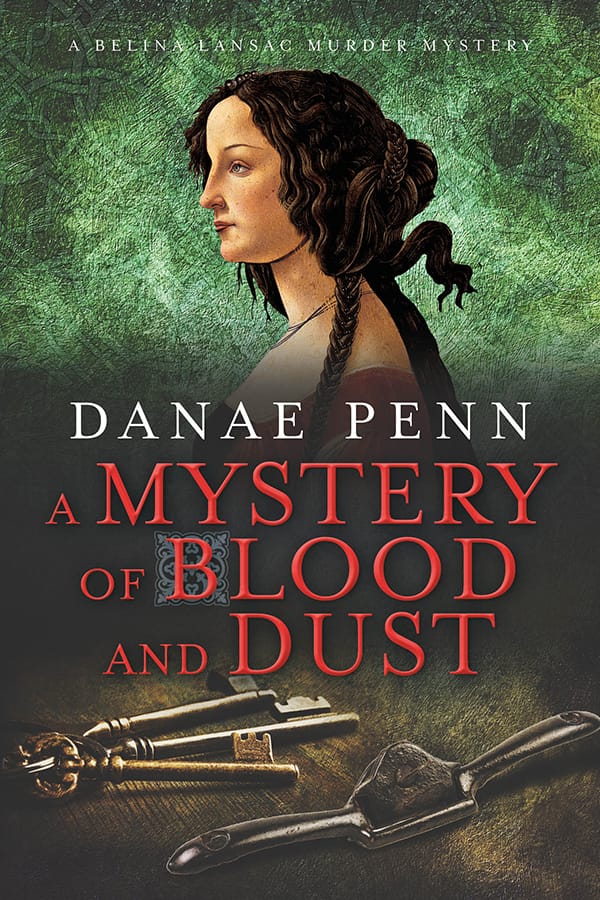 In August 1483 two boys are inside the Tower of London, shut in there by their uncle, King Richard III, known for his kindness and justice.

Meanwhile, in faraway south-west France, Belina Lansac is selling medallions and statues to pilgrims visiting the cathedral in Condom, unaware that the fate of the two boys is in her hands. Belina’s husband William is the town’s detective and he has just been ordered to investigate the death of a poisoned pilgrim. Belina’s normal life vanishes as her husband leaves home on a secret mission. Now Belina must be the detective and work all alone without the protection of her husband.

She diligently investigates poisonous plants, food and drink but she is a reluctant and squeamish sleuth. So she welcomes the help and attention of Philippe Barvaux, her new neighbour, unaware that he is an unscrupulous and ambitious lawyer who had been ordered to kill the Princes in the Tower so that false rumours may be spread in England against Richard III.

Will the two princes survive? Will Belina manage to complete her investigation? Can she cope with all the malicious gossip? Will she be strong enough to overcome the hostility and scorn people have for her?

The novel has been translated into French by David Manson and published as Les Princes et le Pèlerin. Click to read description in French

These novels show how Belina solves crimes while Guillaume (William) tries hard to save the princes from the murderers sent by Henry VII’s mother to kill them.

The third novel will show that Columbus was not the first person to discover America. Other sailors were already there, keeping quiet about their discovery. But Columbus already features in chapter 25 of False Rumours under his real, historical name of Cristobal Colom.

Basque sailors have returned from a mysterious land far to the west of Spain but are trying to keep quiet about their discovery. They travel to Condom to obtain, somehow, a vital map of the coasts of the Atlantic which has disappeared in Condom on its way from Barcelona to Bordeaux. Belina discovers that the map is worth dying for, and her enemies are saying that her husband Guillaume might be the murderer. 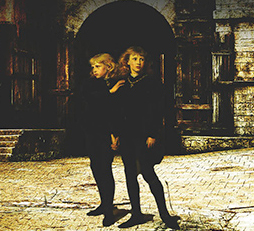